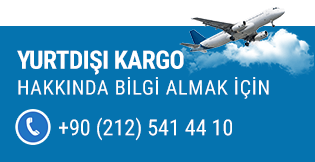 Fast Express; International document, package transportation and distribution with the principle of excellent service and quality service with the capacity to meet the demands of our esteemed customers offers economic and safe services. always customer satisfaction, we will reach the best places to support of our customers with our efforts to further expand some of our border first in thinking worldwide, both in commercial and technological innovation services, our understanding blending in Turkey's market in the transport sector and world countries.

What can be shipped via Angola International Shipping?

With the developing technology and conditions, your shipments from Angola to any city or from a domestic city to Angola country can be very comfortable and fast in international cargo service. Within the scope of Angola international cargo services; All your documents, gift items, parcels, products, documents, export goods, documents are delivered to the point you want in the country you want quickly and reliably.

Fast Express Shipping; works with global overseas cargo companies serving in our country. from time to time to send cargo abroad or from abroad to send cargo to the cities in Turkey to receive proposals separately the price of each shipping company, information about delivery charges arise challenging processes such as delivery of price and branches. Fast express Cargo is the company that can handle these challenging processes in the most cost-effective and comfortable way.

Whether it is actual export, credit export, value-added or free export, transit and record-linked export, leasing and clearing; we need to send goods by cargo abroad. Fast Express Cargo meets your fast, safe and affordable shipping needs. For corporate companies participating in different fair organizations in different regions of the world; exhibition stand equipment, advertising equipment, brochures, documents and catalogs to be used for the exhibition, all the vehicles required for the exhibition area can be sent easily and in the most economical way with international cargo services.

Your export goods with a weight capacity up to 150 kg and price up to 7500 Euro are included in the scope of micro exports. Paid is in the export category. You can also arrange these value-added exports with customs consultancy firms and make customs declaration transactions. However, these customs consultancy firms cannot issue Electronic Trade Customs Declaration. You can easily solve your transactions with Cargo Express with Fast Express Cargo which has the authority to send Electronic Trade Customs Declaration.

Fast Express Shipping is the most convenient and the safest way of shipping in Angola. Your overseas cargo shipments are carefully prepared and delivered in the fastest way. On behalf of corporate and individual individuals, we provide an agreement with foreign carrier companies and give you the best price. Within the scope of sending goods by cargo abroad; All your export products, documents, gifts, parcels, documents, export goods, documents are delivered to the desired point in the country you want quickly and reliably. Your goods shipments with Fast Express Shipping; our system can be followed easily and up to date at any time. You can consult the products you send by overseas cargo according to the customs rules. The products you send to Angola abroad can be attached not only to the customs of the country you send, but also to the customs in your own country. Therefore, you can also obtain information about the customs laws of that country. At the same time, you can get help in packing and packing the product that you will send cargo to abroad. The goods you deliver or receive from us will be processed immediately. After the tax and customs documents are processed, they are transferred to the fastest and safest way.

Whether the product to be transported as an international shipment complies with the International Transport rules or not must be determined by contacting our customer relations department through the phone numbers in the communication section of our website. Otherwise, you may experience undesired situations related to the payment made and the cargo sent while you are trying to send the cargo with the appropriate fee. Fast Express Cargo is a subsidiary of important cities with distribution network and safe transportation system in every region of the world from your province and Angola aims to be the fastest cargo company in international cargo services. Shipments you want to ship abroad; from the moment we receive the most secure way to protect the transfer process begins. Through the registration stage, it is processed in our tracking system. You can track your shipment that you have delivered to us for the fastest way of shipping abroad with all stages of this international cargo tracking system. You can easily observe the stages as quickly as it is delivered.

Angola, or officially the Republic of Angola, is a country located in the southwestern part of the African continent. The country is called Ngola in the Kimbundu, Umbundu and Kikongo languages. Its neighbors are Namibia in the south, Congo DC in the northeast, Zambia in the east and the Atlantic Ocean in the west. Cabinda, which is located in the north of the country on the Atlantic Ocean, has no physical connection to the mainland, although it is connected to Angola, and has a border with Congo DC as well as the Republic of Congo. Almost every local language spoken in Angola belongs to the Bantu language group. Portuguese is the official language of the country and is spoken by 30% of the population as the mother tongue, the majority of which are inhabitants of Luanda. The current political power in Angola is presided over. The executive power is also held by the head of state dos Santos, who is also the commander-in-chief of the army and the government official, and the council of ministers. According to Angola 2012 data, it is the third largest economy of Africa after South Africa and Nigeria with its 114.2 billion dollars gross domestic product. In this country with such a large economy, the majority of the population lives on the hunger line. The population is approximately 25 million.